If you’re reading this, that means time travel has been invented. If everything works out, you are 8 years old. It’s sometime in the fall. The leaves have almost completely fallen off the trees, leaving them bare in the way that makes you run out of the van and press your body up against the apartment door until its open and you can run inside to safety. The trees have always scared you. It will be years until you will say this to anybody, but you see demons perched up in those trees. You feel them. You are terrified. You are only 8 years old but you have so much fear pent up inside of your small frame. You fear the dark, you fear talking and looking stupid, you fear the night and the insomnia that comes with it, you fear the night terrors that plague you when you do find the strength to sleep, and you fear the criticism of your father. Faith, I hate to say this, but you will come to fear more things in your life; some new, and then there are some anxieties you have now that you can’t conceptualize quite yet. The fear of never being good enough. The fear of being alone. The fear of gaining weight. The fear of looking ugly. The fear of failure. The fear that you are broken beyond repair. The fear that your cancer will come back. The fear that lupus will not let you live. The fear of death.

But right now, what you fear the most is Armageddon.

What a silly thing for an 8 year old to be preoccupied with, isn’t it? But you can’t help it. You were raised in a culture and by a father and in a time period where fundamentalist dispensationalism was all the rage. (Sorry for the big words, you would know it as the theology of Left Behind.) What’s an 8 year old supposed to do when they’re told they might not get to live to be 22? How are they supposed to cope with talk of politics when you have no idea what the hell is going on but each new political scheme is the fulfillment of a prophecy? You’re 8 years old for fucks sake. (Sorry for the language, Faith. I know you won’t cuss for the first time until you’re 20 but I couldn’t help it.) I know that no one will tell you this now, but what you’re learning isn’t right. Not only is it not factually inaccurate, but its developmentally inappropriate. It’s abusive. You are being exposed to a level of violence that you shouldn’t be. Even worse, you’re being exposed to violence that is called “love” and “mercy” by the Christians in your life. It’s ruining you. Your fear never stops. 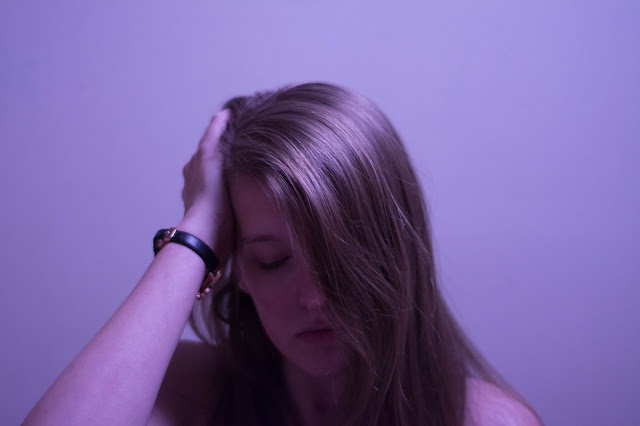 You will carry this fear for several years. You carry your burden alone, like Frodo and the Ring to Mordor. I know you relate to that story. You carry your silence. In high school you will begin to talk, but by then it will be too late. You talk because you realize this fear has made you suicidal, and you know you will either defeat the fear or it will defeat you.

I’m writing this letter to spare you the pain. I want you to know what I know now, at 22 years old.

Stop forcing yourself into situations that trigger you. Use your voice. Tell someone what is going on and be brutally honest about it. Get therapy earlier. Talk about the eating issues that will come up in a few short years. Pay attention to the suffering of those around you; you are not alone and make sure they know that they aren’t either. Recognize that your dad has abusive tendencies and its not your fault. Talk to your mom more. Know that your sexuality isn’t what makes you a whole person; know now that your worth is not in that. Eat well but never say no to chocolate. Talk to that person you’ve always wanted to get to know, they don’t think you’re a loser. Don’t be afraid to ask questions. Remember that your dad isn’t always right. You actually are a very talented singer; don’t be afraid to use your talents in front of others. Those people you will have crushes on won’t matter. (But that boy from youth group you think is scary will. You’ll be in love and dating him at 22.) Laugh. Listen to secular music, you’ll like it. Read. Make friends. Live. Enjoy every second of being a kid because you’ll miss it.

Because, guess what? You get through it.

Spoiler alert. You make the decision to kick fear’s ass and you succeed. Not alone, but with the help of the people who listen and begin to share the burden with you. It takes work. But you begin the heavy task of deconstructing your faith and your life, brick by brick. Some of it you will do alone, sometimes with friends or family, but most of it with lots of therapy. Of course, you still find yourself caught in suicidal spells where you are convinced the world is doomed for destruction but then you breathe. You reach out for help. And you take your pen to paper, or fingertips to laptop, and write. You write beautiful words that you hope inspire others to live and to fight. You do this every time you feel fear creeping its way into your life. You fight to say “never again.” You will grow up to be brave in a very terrifying world. One where suicide rates are sky high, school shootings happen almost daily, and environmental problems that are making those suicidal urges almost impossible to combat. All those things that would have pushed you over the edge at the age you are now are currently the things you use to propel you forward. Faith, you become a badass.

If you saw me now, you would be mystified; both parts horrified and in awe. When I describe you to people who only know me at this age, they are shocked. We are nothing alike. But in many ways, we are exactly the same. Those things that haunt you still haunt me. The only real difference is I haunt it right back. There will always be the fear that my voice means nothing, but I combat that fear by writing and shouting at every chance I get. I might always fear not being good enough, but I recognize those thoughts in me and shut them down when I can. Hell, even though learning about dispensationalism makes my jaw clench, there are still times I worry they are right. But its in those times I remember you. I remember the girl I was. I remember your thin blonde hair parted down the middle with cute bangs in the front. How you always wore dresses with pants underneath. I remember that you loved car rides where you stick your head out the window and blast the music from your MP3 player even though your dad made fun of you for it. I remember you cry when people tell you that you are too quiet.

Faith, don’t give up. Don’t you dare give up. You become someone you could only dream of becoming. You become strong and fearless. You find your voice. You finish college and get into a Masters program! I know, right now you can barely read but you become so intelligent when you grow up. It takes 22 years to admit you’re smart, so maybe we could try to figure that one out sooner. And hey, you even become pretty attractive. Plus, you have people that look up to you. Stay strong for them. Be foolishly optimistic despite everything in you that is telling you to give up. Stay strong because there is still a long road ahead. The worst hasn’t even come yet. Brace yourself.

Of course, I know you’ll never read this. It’s the heartbreaking truth that makes me burn with anger. The injustice done to you will never be undone. You will cry many nights because of End Times rumors. You will starve yourself as a teenager because you think your body changing means you are fat. You will become an adult and think you are ruined because a boy has touched you. You will lose the version of God that you have come to know so well and when you meet her again, it will change your life. You will lose friends because of it. You will lose friends for other reasons. You will be hated by people you once loved. Your father will cheat on your mother and he will leave. You will get cancer. You will get lupus. You will suffer severe depression. And none of that will go away. But it will make you strong. That doesn’t mean God planned for it to happen or wanted it to happen. Sometimes your suffering is just suffering. Sometimes it doesn’t have a profound reason. Sometimes it just hurts. I’m sorry I can’t change the course of your life. I wish with everything in me I could correct the harm and abuse that was done to you. But I can’t. But there are other people who experience injustice too.

The refugees. The children locked in concentration camps at the border. The LGBTQ+ community. All of the non-white communities. The homeless. The mentally ill. The pregnant teenagers. The people who have had abortions. The immigrants. The children in the foster care system. The incarcerated men and women who are serving mass amounts of time for non-violent crimes. The Muslim community. Rape and sexual assault victims. So many people face injustice. Seek justice for them.

Lois, I know this letter was never really to my 8 year old self. It was for you all along. I want you to know that someone out there understands your pain and your frustrations. I understand your bleeding heart, (we both got it from Mom.) I know your fear. Your hurt. You need to know that the things that were done to you were wrong. And it is not your fault. I want you to know that just like me, there will come a time when you are brave and strong. I need you to know you don’t need to rush to that part. Feel everything. These are the times that will make you strong. God didn’t give you these burdens, they are a part of being human. Embrace them. Embrace yourself for all of who you are. I promise, it is enough. Every flaw and scar and imperfection. Embrace the happiness and the depression, but reach out for both; let people experience emotions with you. Stand up for the oppressed. Use your voice. Be brave even when your knees shake. Tell the truth. Be honest. Keep going because you never know what kind of person you could become. Never stop fighting.

Your future self will thank you for it.