I’ve tried to not write this post a million different ways. I’ve tried to get out of it, ignore it, or give myself reasons to not do it. But it’s been on my mind for too long. For years I’ve felt this growing unease within me. But I’ve shut it down every time. But by now, it’s out there. It’s on my Twitter, if you’ve been brave enough to find me on there, I’m not shy in talking about it in person, but out here, in front of everyone, I’ve not been vocal enough.

The truth is I’m LGBTQ+ affirming.

Maybe if you didn’t grow up religious, you don’t get the weight of that statement, but if you have, you get it. That’s a pretty bold statement where I’m from. I’ve pondered over it for years and wrestled with it. I’ve talked to celibate gay people and gay people in marriages and I’ve talked to not affirming pastors of all different kinds. I’ve done my research. Read the bible. Read commentaries. Read the Greek translations. The truth is, I’ve been terrified. I mean, if I was wrong about this, then what else have I been wrong about? Or worse, what if I change my whole life to support someone in what turns out to be sin? How will I be able to justify that when I meet God? The truth is that I am so scared to be wrong. I’m not a bible scholar. I’m not a genius. Some days I feel like I am barely a Christian. How can I possibly know better than people who have spent their entire lives dedicated to the Scriptures? How can I ignore that verse from Romans that talks about homosexuality?

The truth is I have no idea.

Seriously. I don’t know how to reconcile all those verses and viewpoints together. But then again, I could say that about a lot of other things too. I believe women can be pastors; Paul doesn’t seem to agree with me, but I feel like God does. I don’t know how that makes sense in light of all the strict gender roles that the bible seems to enforce, but I feel like it has to be true. Don’t misunderstand me here, truth is something far above feelings. Truth can make me uncomfortable. Truth doesn’t need to sit well with me. But what I mean by all of this is that in considering what I know of Jesus, the idea that He could abhor LGBTQ+ individuals doesn’t seems to make much sense to me, much like many things about Jesus don’t seem to make much sense to me. It seems to me that Jesus can’t be who we claim he is if he isn’t allowing gay people the right to serve in ministry or the right to speak openly about their sexuality or be in relationships.

When I look at Jesus, I see a radical. He was this guy that once told a woman to step out of the kitchen to come learn. He made room at his table for the people that society didn’t want. He loved immigrants and outcasts. He had a heart for the oppressed. He loved people he disagreed with. He loved the poor. He was homeless. He was just so damn loving. I have struggled with so many things in my faith lately, it’s been exhausting. But the only thing that seems to make sense to me is Jesus had a great way of living. It wasn’t conventional, but it was meaningful. He lived in a way that I want to emulate as much as I can. I try to make my life look as radical and loving as his was, and I don’t think I can do that and not be affirming.

I think we, as a Church, have failed gay people. We have done you so, so wrong. We have failed you. We have failed as a church to listen to what you are saying, we are too quick to judge. We are petrified of being wrong and loving too much, we worry that by loving you we are condoning your “lifestyle” and so we run the other way and don’t even honor your humanity. We have failed a group that desperately needs a sense of belonging. Many gay people don’t get support in their homes or their schools. We like to think it’s becoming normal, but the homophobia still exists very much, and people still suffer it’s impacts and need a place that can offer them unconditional love. And wouldn’t it be amazing if there was a place that they could come to, just as they are, and be welcomed in like a family with open arms and allowed to experience unconditional love? When did the church stop being that place? Since when did my sin become something I could talk about, but not theirs?

They were supposed to know we were Christians by our love, not our hate. “Christian” has become synonymous with “racist” and “homophobic” and “hypocrite.” We are too quick to drop the topic of sexuality so as to not get into a “political discussion” as if Jesus never spoke about politics. As if the entire bible isn’t political commentary. And since when did individual experiences become nothing more than politics? When did we get so caught up in tearing Scripture apart that we forgot Jesus said the entire thing can be summed up by the phrase “Love God and love others”? What have we done? We should know better. The Church should especially know better. I don’t know how, we, how I have so often missed the point. My strange silence on affirmation does not make me an ally. Too often I’ve been afraid of losing my credibility by speaking up. It’s toxic that not only can gay people rarely serve in church if they are open about their sexuality, but I am scarcely allowed to voice my agreement towards them if I hold positions in the church.

I don’t know. I can no longer justify abuse based on two vague verses in a very complicated historical text. I don’t think I should have to try to explain why we shouldn’t kick gay people out of ministry positions or why we should be able to engage with others who hold other opinions about sexuality. Why are we so afraid of the questions? Are we afraid to be wrong?

I think we have missed a giant key to the puzzle of who God is by refusing to listen to the voices of those in the LGBTQ+ community. Christians who identify in this group have a perspective to offer that others just don’t see, and they miss out on this perspective by shutting them out. We are not getting the full picture. Gay Christians need to be allowed a space in the church to talk about their experiences without other Christians telling them how to “become straight.” I wish Christians would be more willing to listen rather than simply waiting for their turn to regurgitate the bible. I don’t understand why this is a controversial opinion to hold in the church. I’m only affirming because when I read the bible or think about the kind of man Jesus was, I cannot hold any other opinions. All I hear is the sound of the LBTQ+ community crying out for a place to belong, even in a world that is growing more progressive, they are still in pain. Gay Christians are especially struggling, trying desperately to hold onto two opposing parts of themselves that should never have been in opposition in the first place. If you take time to listen to their stories, I think it will move you. They are filled with such courage and grace and dignity. You will find that the road they took wasn’t an easy one, but full of pain and sorrow, but ultimately full of triumph and love. They understand God’s love in a way that is beyond refreshing. They have so much to offer. Please, make room for us at the table.

There are so many things we are missing by being caught up in this argument. Church, if you have people willing to serve, let them serve. If there are people willing to share, then let them share. Give out the kind of love that casts out fear. Be the kind of servant that Jesus called you to be. If we can get past the petty arguments, we can move on. To be frank, I am so blessed to live in a country where I get the privilege of contemplating my sexuality. Like, that really gets to be a priority, and sometimes it makes me angry. There are so many places in the world where that is just not a priority. Places where survival comes first, and sometimes that’s all that matters. But here, in America, we are privileged to be able to be offended by who kisses who. Don’t you get tired of it? Because I do. I am. We should know better by now. We have a world watching how we show love to those that are different than us, and its no wonder that churches are getting smaller now. We’re failing because we look nothing like Jesus did. I hate that we’ve all become Pharisees. I hate how much I have become one. I hate that I grew up learning Greek and Hebrew words and leaning on apologetics like it was a lifeline. I memorized my To-Die-For’s like a creed and now they mean nothing because I started using the bible like a weapon to determine who was allowed to sit with me. We tried so hard to do the right thing that we ended up doing the wrong thing. I’m tired of it. 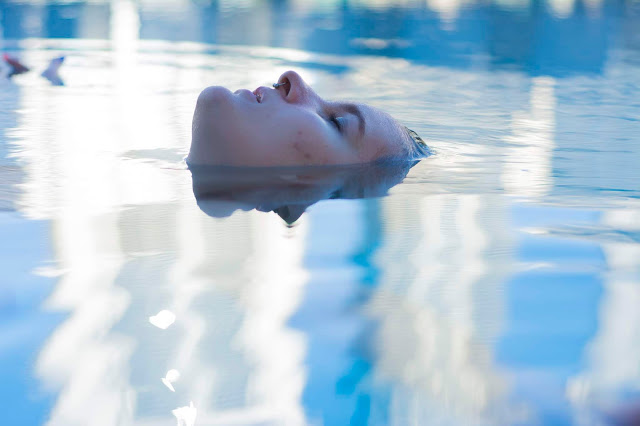 I’m tired of the silence and the pain. We’ve got so much work to do; can we stop the useless arguments and move forward? Let’s learn to listen before we speak. Remember how Jesus told us to love. Check our pride at the door. Look at the log in our own eyes. Remember that we are not the appointed ones to carry truth. Always assume we are wrong. Love endlessly and without fear. Trust that God’s grace follows us when we are wrong. Give love to those who are trying their hardest. Bear one another’s burdens. Give LGBTQ+ individuals a place to speak. Challenge our previously held notions.

I know we have failed the LGBTQ+ in the past. We cannot fail any longer.

Resources:
In case you are curious and think I’m the only one who thinks this, or if you’re a gay Christian yourself with some questions; whatever the case, here are some books I’ve read and resources that have assisted me in coming to this conclusion.
Torn: Rescuing The Gospel From the Gays vs. Christians Debate – Justin Lee
The website Q Christian Fellowship, creating by Justin Lee
The website of Kevin Garcia, a wise gay theology student who is just amazing
The podcast, Exvangelical, by Blake Chastain
The Reformation Project; a movement dedicated to LGBTQ+ inclusion on Christian campuses
Single Gay Christian by Gregory Coles
Space At The Table: Conversations Between An Evangelical Theologian and his Gay Son. (Although I admit I have not personally read this one, I hear it’s very good.)
The Bible

*Pride Flag photo is from this source

Finishing my Masters in Clinical Psychology; slowly becoming a researcher on religion + sexuality. until then, I also do photography. I am a lesbian, christian(ish), disabled, film nerd, artist + community organizer View more posts

8 thoughts on “In Defense of Gay Christians”