“Why do we treat each other the way we do? Why do kids, who will soon ask these same questions about their kids, continue to treat each other the same way? Why does this cycle never change, even after the kids themselves resort to bombs and guns and butchering their fellow students to prove a point? Why do we look for an easy answer-a pill to take, a program to shut off-when we know in our hearts that something deep inside us has to change? What are we afraid of?”

This quote has been with me for a long time. It was in the preface to the script of “columbinus,” a show I appreciate having a role in more and more each day. The play is based off of the shooting at Columbine High School, and the characters were combinations of all the students in the real life event. I remember when I was cast in that show, and I don’t think I knew the weight of it then. Even now, I don’t think I can fully appreciate how it changed my life.

I have found myself thinking about my time in that show a lot recently. I was a freshman in college, which seems like lifetimes ago. I was young and naive and I thought love could fix anything. I thought I could fix anyone. I really believed that I could stop school shootings with love. By being kind and compassionate and being there for others and listening. These shootings broke my heart because of the victims, and the shooters, who often take their own lives. I thought of all the buildup of rage and pain inside of them that lead them to commit such horrendous acts. I thought of the cycle of abuse that seems to never end.

During rehearsals one day, our director got a call saying there was a shooting at a school. Right there, in the middle of practicing a play about school shootings. We all stopped what we were doing and turned on the news. We just sat and watched it play out. I thought I was going to have an anxiety attack. The room just felt so heavy. It made the show we were working on that much more real.

I remember people coming to see the show, and afterwards how everyone told me it brought them to tears. Some friends of mine didn’t even come to hug me after it, because they were left with hearts too heavy. It was such a powerful show. Sometimes the cast members, myself included, had nightmares. Sometimes it took the life out of me to go into that theatre. Being in that production made me think so deeply about all the issues it entailed.

But mostly, I just wish for answers.

I wish there was one thing to point the blame to that would make all of this stop. I wish I could retreat back to my old life, when I thought belief in God and love would make violence disappear. I wish I could go back to when I wrote my first post about Columbine, because back then I was living in ignorance, but at least I had hope. I just wish there was one simple solution. I wish it was as easy as “be nice to people.” Hell, I wish church membership did it. I wish therapy did it. I wish gun bans did it. I wish protests or letting a kid sit with you at lunch or better education or anything. I wish it was a switch that I could just turn off. Turn off the violent movies or the music and stop the aggression and the pain.

But life has never been that easy. 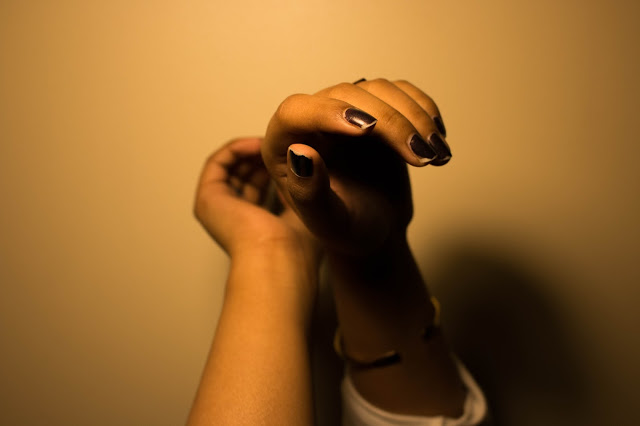 I wish I was the one to end gun violence by proposing some kind of idea that would prevent people from harming others. I can’t sit by and do nothing. But I do not have an answer. I have been sitting on this post for so long, trying to formulate words in a way that would give people hope and a solution. I wanted to offer some solace or idea. But all I can think about is how much I hurt for those people.

I keep seeing posts on my Facebook page, half the people participated in the Walkout to end gun violence, and the other half are posting about WalkUp, which is the “alternative.” And all I see are arguing over solutions and I just want to scream “walk.”

Walk out in protest. Walk up to hurting teens. Walk to a voting place to have a say in legislation. Walk to your local homeless shelter with open hands. Walk a 5k to raise money for mental illness treatment. Just take a walk.

Don’t sit by and let nothing change.

As much as I hurt for the losses that have happened recently, I am overwhelmed by the courage of the MSD students. I am so proud to see the high schoolers on my Snapchat who participated in the walkout. I smile seeing my sister’s Twitter blow up with activism. This gives me hope. This tragedy has begun to bind people together, but it breaks my heart that lately though, I have been seeing more posts nit picking solutions. Creating an “us vs. them” mentality. That will get us nowhere.

I think we can walk up and walk out at the same time.

I am not offering a quick fix. I am trying to offer encouragement to not give up in the face of adversity. I don’t want you to hide away in fear. I want you to do everything in your power. There is not one answer, there are many. And I want to find all of them.

I keep coming back to this idea that life is not as clear cut as I once believed. It is so very messy. And messy problems oftentimes require messy solutions.

So yes. I participated in the Walkout. I believe gun violence has to end. And likewise, I am committed to loving other people. “Walkup” is not something I do out of protest or fear. It is something I do out of love. It is something I have always tried to incorporate in all I do; not out of fear that a kid who sits alone might be the next mass shooter. But out of compassion. I want to be committed to making the world a better place in all I do; even if it’s just the world around me.

To those that are fighting every day for this, I applaud you. I admire you. I honor you. Thank you. To every student at MSD and every Florida resident, I stand with you. Thank you for inspiring me and giving me hope for the future.

3 thoughts on “Take A Walk”