I’m not sure what to say.

There’s been so much going on inside my head. So much that I haven’t been able to write. My thoughts just get jumbled together. There are a million topics to discuss and a million ideas to share. But nothing has been working. Words have been betraying me.

I haven’t been for a very long time.

It’s not like every day is a total mess. I have good days. Actually, most of my days lately have been really good. But this week just hit hard and I’m tired and lost. Today actually, today I’m numb.

It’s weird because I’m the best I’ve ever been, and the worst I’ve ever been. Both at the same time. I’ve grown more recently then I ever have before, but everything still hurts. I can’t believe everything still hurts. You know, lately I’ve written so many pieces about perseverance and faith and everything. But it’s hard. I mean, it’s easy to say “its going to get better” on good days. But on every other day, I’m seriously contemplating the idea that I might never feel better. I don’t know if it will. Van Gogh said it once in his letter. “I fear this sadness will last forever.” I fear that too. I don’t know how much more I can take. Sometimes I think that I just can’t do this anymore. I just wish none of this had ever happened. I just want to forget.

I don’t know. Maybe God wants more for me than to just feel better.

I don’t know. Maybe I’m asking for something small when I pray to not be in pain anymore.

My philosophy professor said something that I can’t stop thinking about. He said “Torture happens to your body; torment happens to your soul.” And it reminded me of the verse about Paul’s thorn in the flesh. He said it was to torment him. Torment, not torture. I know a lot of scholars say his thorn must have been his physical illnesses or injuries. But I’m wondering if he was plagued with a chronically broken heart. I wonder if I’m going to have a chronically broken heart.

I might. I might never feel better ever again. But maybe I wasn’t meant to feel better. Maybe this life isn’t about my feelings.

It’s just been a cycle though. Me being okay, and then pain comes and I remember to have faith. I persevere and it gets better. Then more pain until I remember to trust again. It’s just a giant circle. I don’t think I’ve ever been this emotionally tired. I don’t want to try anymore. I just want it to be over.

That’s the truth, right? I don’t want this to make me stronger. I just want it to end. I just want to wake up one morning with my mind wiped of all the terrible things I can’t stop remembering. It hurts.

It’s been a nightmare for my family, seeing me like this. It’s annoying for my friends. Nothing has been easy. It sucks because I really thought I would feel better by now.

But I keep holding on to the words in Jon Bellion’s song “Maybe IDK.” 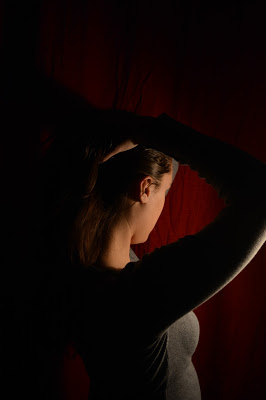 Like I know I’m not alone. I know I’ve gotten through 100% of my worst days. I know I have people that love me. I know art exists and so does music. I know I have you guys; and all of your support makes everything suck so much less.

I guess I don’t need to know it all.

The truth is, I don’t know if I’ll be okay. I don’t. But that’s okay. Because I don’t need to feel better. I just need to keep living anyway.

Sorry I’m just rambling. I just didn’t want you guys to think I fell off the face of the world. I just wanted you guys to know what’s going on.

Here, enjoy my spotify playlist. It’s been getting me through a lot lately. (The songs at the bottom are the best.)