Saturday I came back from my last missions trip with my youth group, and what a bittersweet experience it was. Right now I can think of at least 3 different post ideas that sprung from that trip. It was incredible. (*Warning: Minor spoilers ahead for the Paper Towns movie.*) All week, I was praying for a miracle. It was my last trip and I wanted it to go out with a bang. Especially since my spiritual life had been somewhat lacking as of late, I was craving to see God.

This year, we went to Memphis for the third time. We had really wanted to go somewhere else, but God kept closing all the doors. It was obvious He wanted us there. The first 3 days we helped missionaries that my church supports, and then the last two days we went to a town called Frayser, where we went last year to mow lawns and pray with people. At the missionaries house, he assigned jobs randomly. He had us all pick numbers out of a bowl, and he placed us in jobs based on that. He said to trust God with the results. I got the job of cleaning up Warren Street, which was absolutely trashed with, well, trash. It was also covered in poison ivy. (I think I actually got poison ivy on my eye.) But that was actually the job I wanted. Because it was right outside the entrance to the government housing and right before the local convenience store. So a ton of people usually walked by; and they said that in African American culture, its really rude to not say hi to someone when they walked by. So we were encouraged to talk to people, and even to pray with them if we felt led. That was a super cool experience. We met one guy named Uncle Mike, who had five pitbulls, which we got to meet. He was fun and told us some crazy stories of guys coming in with AK47s and stuff. 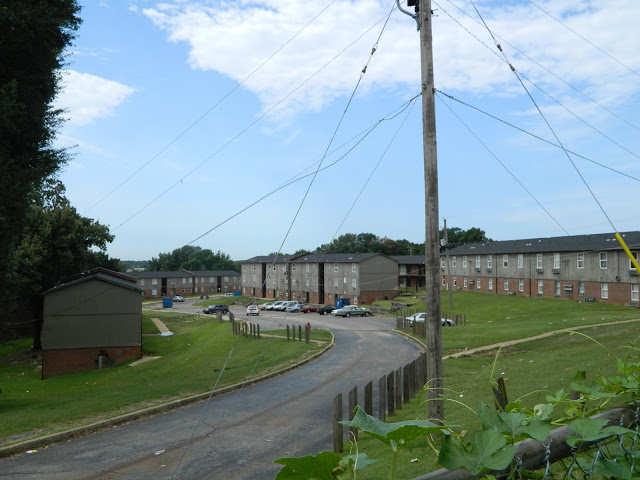 Working on Warren Street felt like a meaningless task at first. But once we finished, the local security and some people from a nearby organization came over and were blown away by our work. They said by picking up garbage, we impacted the community in a huge way. They were so thankful and it was just amazing how something so silly could be an answer to prayer.

The last days down in Frayser were a bit frustrating. We were doing a system I didn’t feel was efficient, and it angered me, plus we weren’t getting to pray with many people. I was pretty tired as well, so I couldn’t even help with mowing. Honestly, I did no real physical activity all week. But I did end up seeing a lot of the people I saw last year and I loved sitting and talking to them and getting to hear about their lives since last year. Although, hearing that one man we met before died six months ago was heartbreaking.

But, all week I was still searching for my miracle. I didn’t have my “Aha!” moment like I had wanted. I even told my friend, Daniel, this. He told me I didn’t need to expect it, but that it would happen on its own. When Friday night rolled around, I still hadn’t felt like my life was changed. In fact, I was really upset. Because not only had I learned nothing, but my anxiety started flaring up super bad, and at one point I had to run out of the restaurant we were eating at because my mind wouldn’t stop overthinking. I had become convinced I wasn’t wanted there. My brain kept telling me no one cared and that it wouldn’t make any difference if I was on the trip or not. I ended up sitting on the curb of Beale street just crying and praying. I hadn’t had an attack like that in over a year.

So I basically felt like I had been going backwards. I thought I was actually getting worse since the trip started.

But the last night changed everything. I think its funny how God always makes me wait until the last possible second to make His grand appearance. We were all sitting in the living room, and Dylan started playing his guitar for worship. I love worship because its acoustic and Dylan has great taste in music and always plays the best songs, plus everyone sings loud and is super into it. Its just beautiful. So that went by and was great. For the last night we didn’t do a regular talk; instead, we all went around and said our favorite parts of the trip, then the graduates spoke. I don’t know why, but this year was really hard for the graduates and the people they were leaving behind. We all went around and talked, but when it came to the last guy to speak, well, he broke everyone. He quoted the song, “The Summer Of ’69” and said, “Those were the best days of my life.” That was when I lost it. Everyone else kinda did too. Dylan played one more worship song, and I got to stand by my best friend and she cried on my shoulder. We were all in tears. That was when it hit me. I remembered the end of Paper Towns, when Q walks into prom and says how he thought Margo was his miracle, but it was then that he realized she wasn’t, but his miracle was his friends. I had the same epiphany. I looked around the room at all the crying faces and people with their arms wrapped around each others shoulders and I thought, this is it. This is my miracle.

I had been looking for something out of this world; something to make me cry, something to make me feel again. And it had been in front of me the whole time. I remembered that no matter how bad my anxiety lied to me, two of my friends still came to check up on me when I was crying on Beale street, I remembered how we got 8 girls to fit in the shower in our swimsuits after our time in the lake, how someone told me I was their mentor, and how a friend called me when they were feeling alone, and when Maddi and I spent an hour sitting outside talking; I saw the time Daniel said he loved my passion for photography, how in the car the boys kept playing “Never Gonna Give You Up,”  and when we played duck duck goose in the living room, or when I was having a hard time and asked God to take it away, He answered that prayer, and how when I was laying down during lunch, people asked me if I was okay. It was like my anxiety crumbled away. The love from my friends exposed all the lies I had been believing. And it went beyond that week; these people had always had my back. Some of them I had known since I was born. 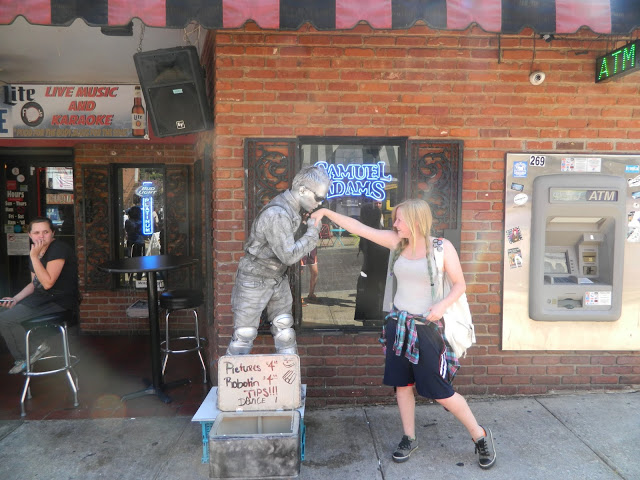 After the talk, a bunch of us went outside to star gaze. We got super nostalgic, since it was the last time on a missions trip for a lot of us. It was the last time us graduates would be with the group, and even with each other. All my friends are going away to various states, and I thought I would be okay with that but I’m not. I kept thinking of the one line from Teen Wolf where Stiles says “What if my best friend in high school isn’t my best friend forever?” Nothing is scarier to me.

Yet even in the midst of the pain and uncertainty, I was content knowing I at least had that moment. I’ve had years with them, and as much as I hate goodbyes, I was filled with pride. Out of the grads we have a guy who wants to go to seminary, a theology major, a speech pathologist, a dancer, two hard workers, and a future psychologist. (I’m the last one.) I know God has huge plans for this group and its going to hard to say goodbye, but sometimes that’s what it takes.

Seasons change and its super hard coping with change, but I am so grateful for the people who helped make me into who I am. Plus, I got home and read the care cards (encouraging notes we all right each other.) when I got home and yeah, it just reminded me even more that I am loved.

And, well, all this “graduating” stuff also made me think of Gwen Stacy’s graduation speech. So I’m gonna add that too. (Credits to the artist who was not me.)

The take away from this post is this: “Things change, friends leave, and life doesn’t stop for anybody.” (Yes, I have literally quoted a crap load of books and movies and no I do not care.) Cherish every stupid moment, don’t let your anxiety keep you from having fun, join in the conversation; I promise you, you are not as stupid as you think you are. Honest.

Go out and enjoy your beautiful life.

(This was our jam for the week.)

One thought on “Goodbye Memphis”