If you’re seeing this, that means this posted on a schedule, and my sister and I are on our missions trip to Tennessee. I wanted someone to guest post since I’ve had nothing interesting to share, so what better person to do that than my sister?Dayle, as you know from previous posts, is a lot cooler than me, so I really hope you enjoy what she has to say. This is something she feels very passionately about and I suggest you read it all the way through.
Enjoy your week! 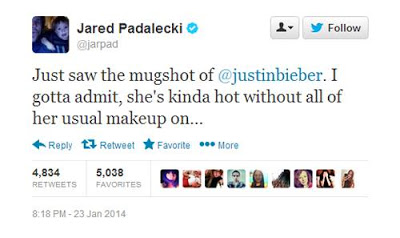 No matter his past mistakes, I do not understand how anyone would think this is okay, especially someone who has gone through the things I’ve mentioned. Why is it that because it’s Justin being made fun of, there is no line that can be crossed? Never have I heard someone (let alone someone famous) stand up and call someone out about making fun of him; unless it was someone who liked him. You would think after death threats and thousands of people telling him to kill himself, someone would stand up and say “Woah woah, I don’t like him either, but that’s just too far”. Because a great percentage of the Earth understands that no matter what, telling someone to kill themselves is horrible and it’s something you should never joke about. And yet time and time again no one is to stand when it’s Justin Bieber that is getting the jokes thrown at. Because most are too scared. Because there is a much bigger chance that they will also be made fun of than backed up. Because most would rather follow the crowd. Especially when it’s people that they look up to sending the hate. They see someone they love saying something stupid about Justin, and even if they don’t care for him, they go along with it rather than call them out on it. Because if you dare say that you like Justin or try to keep people from saying nasty things about him, you are automatically assumed to be a young idiot fan who has no clue of the mistakes he’s made. I don’t believe that what he did in the past is okay, but I don’t believe he should be defined on what he did as a young 19/20yo. And I certainly won’t stand for any of the horrible things that are said about him. He said and did stupid things and now it’s time to move on.