I am sooooooooooo sorry I was so busy on the 26th I didn’t get to finish writing this post. So lets pretend its still my blogversary! Yay!

I’m not creative enough to think of something super fun to do for this special occasion but I wanted to share with you the history of Princess Faith and my blogging history and also a few things about myself personally.

I remember the day I got this blog. I had written something to submit to a website called Operation Beautiful. When I sent it in they said I could share the story on my blog too. I had just turned 13 and I had no idea what a blog was. My mom asked me if I wanted to make one so I said sure. I had no idea what I had just gotten myself into. She asked me what my blog title should be and I had no clue. She said “How about…Princess Faith?” I said sure. I knew the meaning behind the name; yeah I’m God’s princess. That’s cute. Why not? So I shared the story I had written for the website on there too. (Don’t you dare go dig that up its awful.) On October 26th, 2009, my blog was made. That was the only post I made the rest of the year and I didn’t blog again until August 5th of 2010; while I was homeless. I wrote 3 pathetic posts that year. It’s sad looking back on that now because I actually could have done so much better. So there were a few super short posts here and there but it was in the summer of 2011 that I found out what I wanted to use my blog for. I was very troubled by a police investigation that’s publicity had gone viral. The case of Casey Anthony. It pounded on my heart and troubled my mind almost daily. I was fed up with it. I needed people to know what I had to say, so I blogged about it. I called it ‘Forgiven‘. (Press the title for the link.) And that’s how I fell in love.

I had found a place where my voice could be heard and I could make a difference and could express my thoughts and feelings in a healthy way. I realized that writing things out helps me think clearer and also that I loved talking about things I was passionate about. So after that I started to blog a bit more regularly and I got a bit deeper. (I was still very young so they aren’t that good…but I was trying!) One day I went to the hospital to meet with a doctor to talk about my ITP and for her to check up on me and I saw a little boy. He changed me. He gave me perspective. And though I only saw him once, I never forgot him. I wrote about him and to this day that post is on my top 5 most viewed posts. (You can read it at this link–> Faith Like A Childs) In 2012 my blog really took off with a total of 54 posts that year as opposed to the 11 I had the previous year. Also in June of that year I redesigned my blog. I’ve only done that once so it was a big deal.

I am so honored to be able to write for 50 amazing people who take the time to read my blog full of random thoughts. Its something I never thought I would be doing and I never thought it would get this far. Its funny because most of my friends are totally perplexed by the idea of blogging and I was the same way at first. But once I found my rhythm, it was easy. Blogging has become an anchor of mine. It keeps me steady when the storms come. So thank you! I probably wouldn’t be blogging so much if I didn’t have people I knew who read it. I’ve had over 6,300 pageviews in these long four years! That blows my mind! I’ve had viewers from Canada, (you people rock! I love Canada!) Russia, Germany, the UK, Ukraine, Australia, France, and Israel! I also have a follower from Indonesia! (Love you Delvalina!)  So a huge thank you for everything you guys do! Your comments make my day.

Now I’m going to throw out some random things. First: here are my top 5 most viewed blog posts. If you’ve never read them, they’re apparently worth reading so I encourage you to check them out. Starting from number 5…

#5. Welcome Izabelle Grace!
This is the post where I show pictures of when my sister was born! Its a new one so its made it to the top very quickly.

#4. Faith Like A Childs
I mentioned this one earlier, its the one I wrote about the little boy at my doctors office. It was number one for a very long time but has since been moved down the list.

#3. Love Is…
I tear about the passage in 2 Corinthians 14 in this post. I’ve still been learning what love is. And to kind of add to this post I’ve learned one thing this week about what love is. Love is saying through tears and a clenched jaw, “I’ll still fight for you.”

#2. Dear My Future Boyfriend
You guys make me laugh. I had just written this post because…well, I was thinking about dating. It wasn’t even supposed to be much but I got pretty into it. My Mom told me to tweet #DearMyFutureBoyfriend but I couldn’t fit it into 120 characters so I decided to write a blog post…and of course nearly all of my church family read it. *facepalm* Why?! lol. Thanks guys.

#1. Silas Edenfield
I am so pleased that this is my most viewed post. Silas deserves it. I had the honor of meeting him in a dream a few nights ago. It made me happy and also made my heart ache. God is holding him tightly up there. He has his new body and is cancer free.

The question is: where to from here?

Well, here are some goals I want accomplish over the next few blogging years. Some I’ll be getting checked off the list in a few weeks or months, but others could take a while.

-Get over 100 followers.
-Update my photography page.
-Get hundreds of likes on my Facebook page.
-Get a follower from Ireland. (I’m in love with Ireland, ok?)
-New theme some day?
-Have a guest writer

And my all time favorite blogger/blog goes to Edessa Carrick of Holonet Entertainment Daily. Because I had no idea that there were other people just like me in the world until I found her blog. Her blog was the first one I started following where I didn’t personally know the author. But I’ve gotten to talk to her some and she’s amazing. So seriously follow her.

God bless every single one of you and may the Force be with you! Here are some pictures for you! 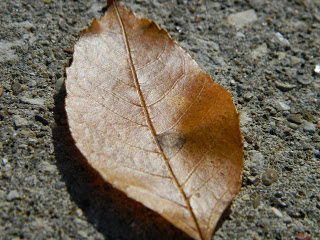 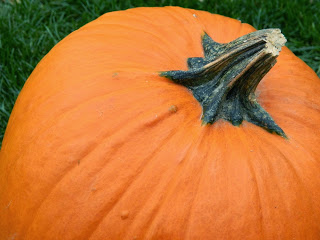